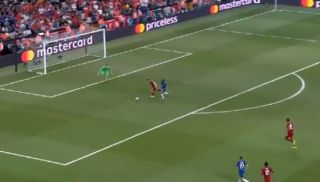 Liverpool left-back Andrew Robertson showed why he’s such an important asset to Jurgen Klopp’s side with this great recovery against Chelsea.

The Scotland international helped the Reds keep it at 0-0 in the Super Cup, showing tremendous pace to get back and prevent a good scoring chance for Blues winger Pedro.

Andy Robertson. The best left back in the World. #LFC #LIVCHE
pic.twitter.com/MTVU4ZbgHm

Robertson was a key part of Liverpool’s success last season as they won the Champions League, thereby earning their place to take on Europa League winners Chelsea tonight.

Reds fans will now hope their side can produce a bit more quality at the other end and end the night by lifting another European trophy.