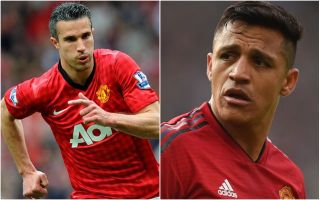 Former Manchester United star Robin van Persie has told Alexis Sanchez he needs to find a way to be happy if he is to get back to his best on the pitch.

Unlike Van Persie, Sanchez has proven a spectacular failure since moving from Arsenal to Man Utd, with his future at Old Trafford now looking in some doubt.

MORE: Zidane angry at Perez for Real Madrid missing out on transfers for Man United and Tottenham stars

The Sun claim Red Devils manager Ole Gunnar Solskjaer is determined to sell the Chile international before the end of the transfer window in Europe.

Van Persie, however, still believes Sanchez has quality and could offer something to MUFC, though we’re not sure most fans would agree at this point.

The 30-year-old has been with United since January 2018 and has never looked anywhere close to getting back to being the kind of player we saw at Arsenal.

Van Persie made the transition from the Emirates Stadium to Old Trafford very successfully, so Sanchez could do well to listen to the Dutchman as he looks to get his career back on track.

“He is still a wonderful player, still a great player. He needs to find a way to be happy again,” RVP told Goal.

“If you are happy, you want to create and have fun. He had that in his first couple of months from what I saw and he needs to find that again.

“He can still play, he is still a fantastic football player. He just doesn’t really look happy and the reason why this is… I don’t know. I can only guess, but from distance, he looks unhappy and he needs to find a way to be happy again.”