The 2018-19 campaign was the 29-year-old’s best season yet in La Liga, as he contributed 18 goals and nine assists in 35 appearances for Sevilla, earning attention from a number of top clubs in the process.

Back in July, the Express reported that Ben Yedder had agreed on personal terms with United ahead of a summer transfer, but a final deal never materialised.

According to Goal, the French striker has now completed a £37 million transfer to Monaco, which effectively ends United’s chances of landing a primary target when the English market reopens in January.

Goal reports that Ben Yedder has signed a five-year contract with the Ligue 1 club, bringing to an end his three-year stay in La Liga with Sevilla.

During his time with the Andalucian club, the France international scored 70 goals in 138 appearances across all competitions and helped them earn a place in the Champions League quarter-finals in 2018.

As per Goal, Ben Yedder expressed his joy after being unveiled at Stade Louis II: “I am very happy to be involved with AS Monaco.

“I felt a strong desire on the part of the club to have me come.

“I chose Monaco because I believe in this project and I am determined to do everything possible to go after our common goals. I come with the intention to prove, as always, my qualities and with the desire to reach a new level. 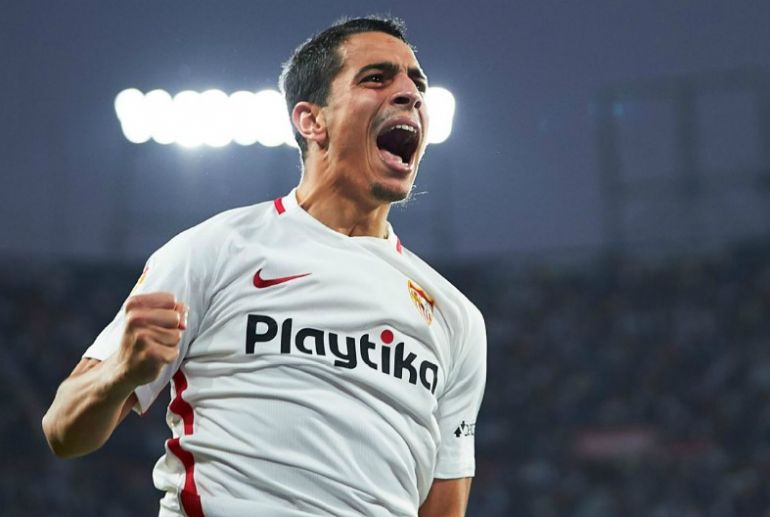 “I want to thank the club for the trust it gives me. It’s a beautiful day and the beginning of a new story that I cannot wait to start.”

United may come to regret their decision not to launch a formal offer for the mercurial forward, especially after Romelu Lukaku’s deadline day move to Inter Milan.

Ole Gunnar Solskjaer now has only Marcus Rashford, Anthony Martial and Mason Greenwood to call upon up front, with Alexis Sanchez’s future at Old Trafford still very much up in the air.

It will be interesting to see how well Ben Yedder does with a struggling Monaco side and United fans may end up looking on with envious eyes if he can replicate the same form he showed consistently at Sevilla.