The 19-year-old has been a revelation in Germany since swapping Manchester City for Westfalenstadion in 2017, scoring 15 goals in 57 appearances across all competitions.

The 2018-19 campaign was Sancho’s breakout year at the highest level, as he contributed 12 goals and 14 assists in 34 Bundesliga appearances to help Dortmund challenge for the title.

The Red Devils ultimately decided against tabling a formal bid for the teenage star, but it has been suggested that they could yet come back and launch a swoop at the end of the season.

According to ESPN, United have been given fresh hope in their pursuit of Sancho by Bundesliga chief Watzke, who currently serves as Dortmund’s CEO.

The German entrepreneur has conceded that it will be difficult for BVB to keep hold of a prized asset as his talent develops, as he told Ruhr Nachrichten: “There aren’t many 19-year-olds with such a potential. 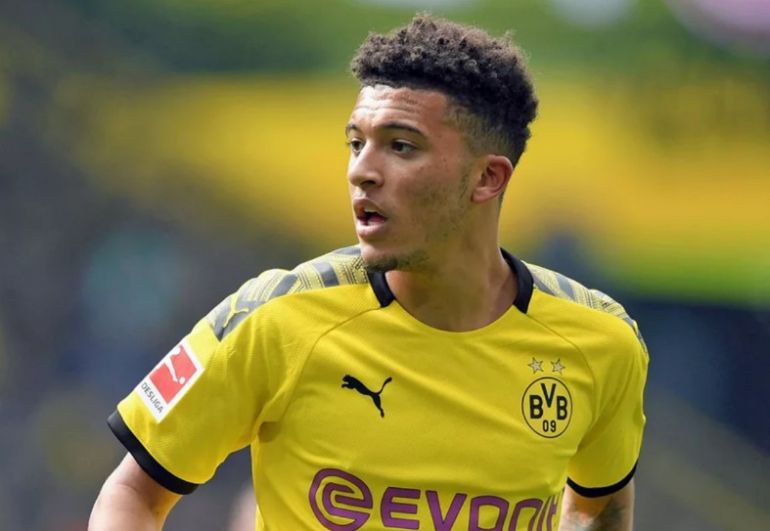 “He is also not a player from the region or one who would have any connection to it.

“When you have a player like Jadon Sancho, you must reassess the situation every single year. Everything else would not be honest. If a foreign player is not convinced that the club is right for him at the exact time, it just does not make any sense.”

United brought in three new players during the summer window, all of whom fell in line with the club’s new transfer policy of only targeting young, homegrown talent.

Daniel James, Aaron Wan-Bissaka and Harry Maguire all arrived at Old Trafford for a combined total of £145 million – as per Transfermarkt – but some fans were left disillusioned by the club’s decision not to bring in an extra midfielder.

Signing Sancho would have completed a summer of superb business for the Red Devils, but there is now every chance he could still be acquired next year if the club decides to renew their interest, with his current market value set at £90 million – according to Transfermarkt.

ESPN states that Real Madrid have also been keeping tabs on the England international and a bidding war could ensue if he enjoys another fruitful season with Dortmund.