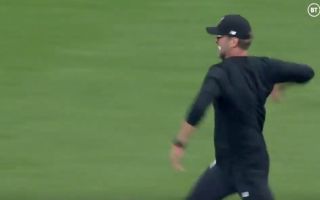 Liverpool beat Chelsea on penalties tonight, as the Reds took home their fourth UEFA Super Cup following a shoot-out victory over the Blues.

With the scores at 5-4, Tammy Abraham saw his spot-kick saved by Adrian, as the Merseyside club won their first piece of silverware of the new season.

Adrian the hero on his Liverpool debut!

And following the win, Klopp decided to run half the length of the pitch and celebrate with his players, something that we’re sure Liverpool fans everywhere will love the sight of!

Pure passion from Kloppo, that!