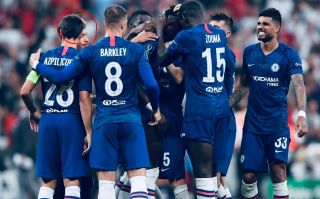 Oxlade-Chamberlain was part of the Liverpool side that beat the Blues on penalties to lift the trophy, but see the image below as Alex Goldberg points out the Reds ace comforting Tammy Abraham for his penalty miss.

The young Chelsea striker missed the decisive spot kick to hand LFC victory, but it’s truly heartwarming to see Oxlade-Chamberlain move to comfort him after such a difficult moment.

Abraham should get more of a first-team role at CFC this season after impressing in loan spells away from the club, but this moment will no doubt have been a big knock to his confidence, so it’s nice to see Oxlade-Chamberlain put rivalry aside to give him a word of encouragement.