Arsenal boss Unai Emery has welcomed Mesut Ozil and Sead Kolasinac back to training after security concerns saw them miss a win at Newcastle.

Both men were withdrawn from their duties at Emirates Stadium due to security threats, after a shocking incident in July which saw them fight off knife-wielding criminals attempting a carjacking.

Arsenal announced that Ozil and Kolasinac were to play no part in the 2018-19 season opener against Newcastle last weekend, with the pair subjected to a number of gang threats in the weeks since their terrifying ordeal.

However, according to The Mirror, Emery has been handed a huge boost after the key duo returned to training on Wednesday, ahead of Arsenal’s home fixture against Burnley this Saturday.

The report states that it is unlikely either man will play a part against Sean Dyche’s side, but they could now end up making their comebacks sooner than expected.

As per the Mirror, Ozil was driven to training in his own vehicle by an unknown man yesterday morning, while Kolasinac travelled with Shkodran Mustafi. 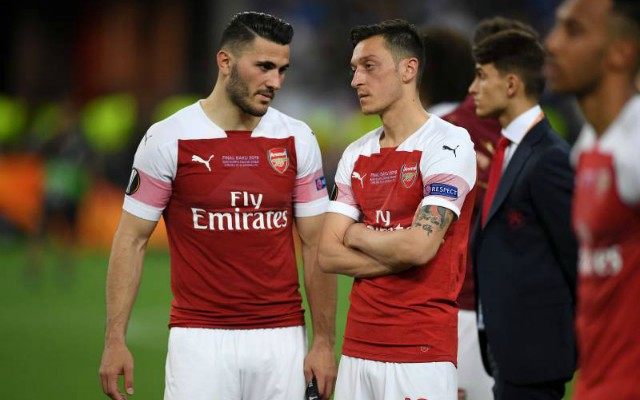 The two Arsenal stars have increased their home security and the club are leaving no stone unturned as they aim to guarantee the safety of a prized pair before allowing them to get back to business on the pitch.

The Gunners won 1-0 at St James’ Park on Sunday to open their account for the new season, with Pierre Emerick-Aubameyang grabbing the winner.

Nacho Monreal started at left-back against Newcastle, but summer signing Kieran Tierney and Kolasinac are expected to fight for that position when they are both available for selection.

Ozil, meanwhile, will be looking to win back a place in central midfield and rediscover his best form to help Arsenal make their way back into the Champions League, after a disappointing fifth-place Premier League finish last term.