Napoli are on the verge of signing PSV Eindhoven attacker Hirving Lozano, who had also been a target for Manchester United over the summer.

According to The Sun, the Red Devils expressed an interest in the Mexican earlier in the year and he was keen on securing a move to Old Trafford to fulfil a long-held dream of playing in the Premier League.

United ultimately decided against tabling a formal offer for the 24-year-old, who contributed 17 goals and eight assists in 30 Eredivisie appearances for PSV last season.

According to Voetbal International, Lozano is now set to sign a five-year contract at Napoli, having already agreed on personal terms with the Serie A giants.

Any hopes United supporters might have had regarding a possible move for Lozano in the new year have now been effectively squashed, with the exciting winger now set to join up with Carlo Ancelotti at Stadio San Paolo.

The Mexico international has the quality to add a new dimension to Napoli’s forward line, as the team aims to close the gap between themselves and Italian champions Juventus this season. 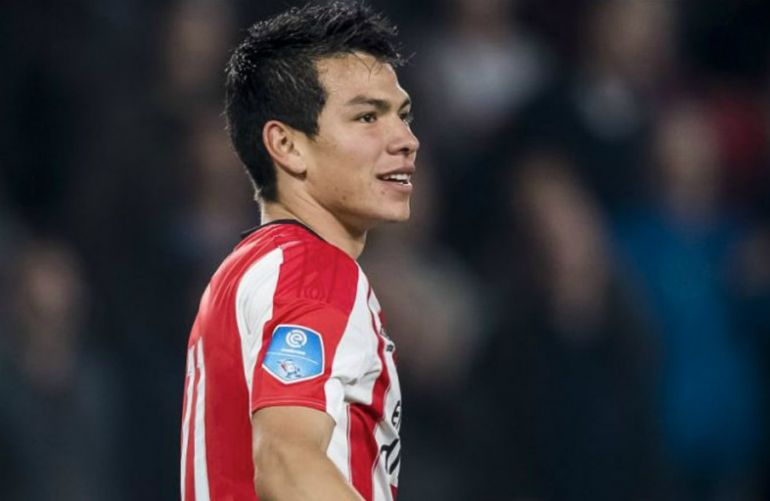 Lozano in action for PSV

United did bring in 21-year-old Welsh winger Daniel James in the summer market, but they also allowed Romelu Lukaku to join Inter Milan.

Anthony Martial and Marcus Rashford are now expected to lead the Red Devils attack throughout the 2019-20 campaign, but a player like Lozano could have been an excellent extra option for Ole Gunnar Solskjaer.

The PSV star likes to operate from the left-hand side, causing havoc for defences with his jinking runs and electrifying pace, proving deadly in the Eredivisie and at international level with Mexico.

Transfermarkt states Lozano is currently worth around £36 million, which United could have easily afforded, but it now looks as though he will continue his rise to prominence in Italy.