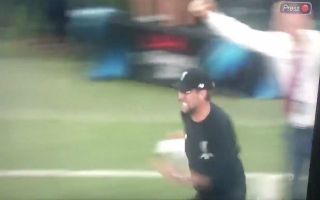 Liverpool boss Jurgen Klopp showed just how much victory in the UEFA Super Cup final meant to him by celebrating with Adrian at the final whistle.

Liverpool fell behind in Istanbul when Olivier Giroud opened the scoring in the first half, but after Sadio Mane equalised just after half-time, neither side could find a winner.

Mane added his second in extra time before a Jorginho penalty levelled the match once again, leading to a dramatic penalty shootout which the Reds edged 5-4.

Klopp was seen sprinting over to Adrian celebrating after his decisive save, as the Red picked up their second trophy of 2019.

Winning the Super Cup is only seen as a minor achievement by some fans and experts, but Klopp’s exuberant reaction at the end of the shootout suggests he certainly doesn’t feel the same way.

Check out the German boss running wild on the pitch below, via Twitter.

The fucking state of it. You’ve won a friendly. pic.twitter.com/XZpPTippv9

Klopp joining in the celebrations ?https://t.co/Nrh6pKlIR9pic.twitter.com/zLCMwUmd3Q 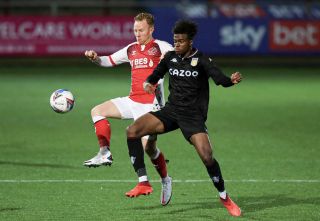