Barcelona director Guillermo Amor has confirmed that the club will be letting Philippe Coutinho seal a loan move to Bayern Munich ahead of next month’s transfer deadline.

As per journalist Rik Sharma on Twitter, Amor has confirmed Coutinho’s loan move to the Allianz Arena, in a move that’s set to see the Blaugrana bring in a substantial loan fee for the Brazilian.

According to journalist Alfredo Martinez, Barca are set to bring in €12M for letting Coutinho move to the German giants, however Bayern will not have the option to make the move permanent come the end of his loan spell.

Given this, a lot of eyes will be on Coutinho and his performance levels for the season ahead, as the former Liverpool man looks to get his career back on track.

During the last 12 months, the Brazilian has really struggled to find consistent form at the Nou Camp, with the player now set to ply his trade in Germany in an attempt to find his form again. 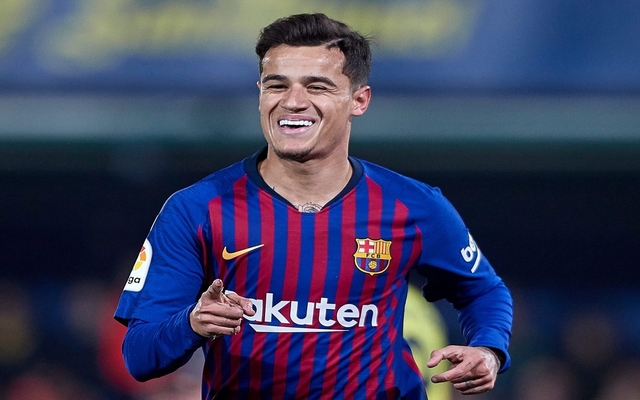 During his time with Liverpool, and his first six months in Catalonia, the Brazilian looked like an absolute world beater, however given his performances last year, the midfielder now looks a shadow of his former self.

It’ll be interesting to see how Coutinho fairs at Bayern, and whether the player’s performance are enough to convince the Bundesliga outfit into making another move for the Brazilian international next summer.