When you consider that Barcelona’s bench tonight had players like Sergio Busquets and Ivan Rakitic on it then it’s no great surprise that Arturo Vidal looks to be on his way out. According to reports, Barcelona have set their price for him.

According to Sport via Football-Italia, the Spanish giants are looking for a fee in the region of €20m to let the Chilean star leave the club.

The story goes on to say that the player would relish the chance to link up with his former manager Antonio Conte at Inter Milan, and the Milan club appear to be better placed than PSG to bring him in.

Even at the age of 32 the all action midfielder could still be a great signing for Conte and would be an able replacement for Radja Nainggolan who left this summer.

He signed for Barca last summer and played in the majority of their La Liga games but he looks to be out of favour following the signing of Frenkie de Jong and the emergence of Carles Alena. 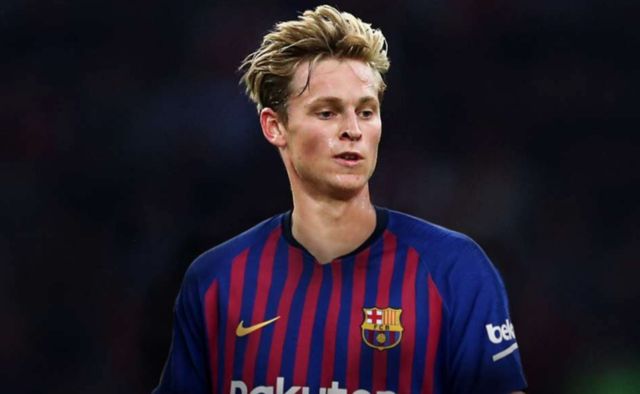 De Jong looks set to be a regular starter this year

He enjoyed the best spell of his career in Serie A under Conte so a move back to Italy could be the best for him at this stage.

He;s vastly experienced when you consider he’s made over 500 club appearances and gained more than 100 caps for his country.

Considering the relatively low transfer fee in the modern market, there could be other clubs that might want to take a look at him.