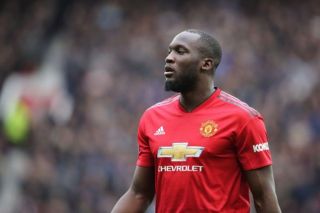 Lukaku arrived at Old Trafford in 2017 and had a poor 18/19 season, scoring only 15 goals in 45 appearances. The Belgian striker joined Inter Milan last week for a club-record fee reported to be £73 million according to Sky Sports.

Pallister is of the opinion that the 26-year-old’s fitness was not as per the standards required for Solskjaer’s style of play.

As quoted by Goal, the former United defender said: “I think Lukaku is a goalscorer and he will score plenty of goals, but the way they want to play at times, he’s too heavy. You look at the pace in the present game; maybe Ole is looking at that and saying he can’t implement that into his game for me. He was surplus to requirements.

“He’s a goal scorer, an instinctive goal scorer. He’s not the most clinical but he will get you 15-20 goals a season, but we were looking for a more rounded player. He plays Lingard, Martial and Rashford, and we caught Chelsea napping on the ball high up the pitch. So when you can do that you’ll have more space to go into and score more goals.”

Manchester United started the Premier League season in remarkable fashion by thrashing Chelsea 4-0 at Old Trafford. The Red Devils have some talented attackers in Anthony Martial, Marcus Rashford, Daniel James and Mason Greenwood. Hence, they should do well in Lukaku’s absence.

The Belgian international’s departure will do him good too as he will find much more playing time at Inter under Antonio Conte. He made his debut for the Nerazzurri in a friendly against fourth-tier club Virtus Bergamo and netted four goals.

Lukaku will most likely make his competitive debut for Inter against Lecce on August 26.