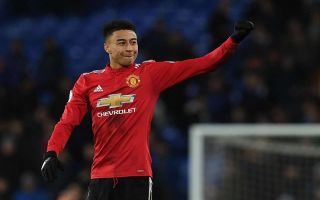 The Sun revealed that the 21-year-old received death threats after the game.

Kick It Out released a statement condemning the actions of some fans towards Abraham, The Sun also revealed that a Chelsea spokesperson branded the abuse as ‘abhorrent’ and ‘disgusting’.

Lingard sent this classy message to the forward after United teammate Marcus Rashford also showed his support to the England international.

It’s truly disgusting that Abraham has had to face such a mountain of racial abuse after a genuine mistake that could’ve happened to any player during the shootout.

We hope that the relevant bodies are working to put stricter punishments in place for those who direct racial abuse towards footballers online.

Manchester City’s Raheem Sterling has shed light on the serious issues that players of BAME backgrounds faced in the past year.