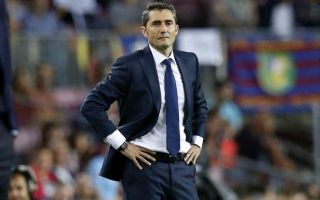 Barcelona defender Jean-Clair Todibo will reportedly stay at the club despite attracting interest from AC Milan, Ajax and Lille.

The 20-year old joined the Blaugrana from Toulouse in January on a free transfer as stated by the club’s official website. He made just two appearances for Barca in their league games against Huesca and Celta Vigo last season, starting both.

According to French daily le10sport, Ajax, AC Milan and Lille were interested in signing Todibo but the youngster has decided to stay at Camp Nou after having a discussion with Ernesto Valverde.

It will be very hard for the 20-year old to find playing time at Barcelona as the club already has the likes of Gerard Pique, Clement Lenglet and Samuel Umtiti. However, provided any injury befalls them, Todibo could find some game time.

The Frenchman did not make Valverde’s squad for Barca’s La Liga opener against Athletic Bilbao which ended in a defeat thanks to a stunning bicycle kick from Aritz Aduriz.

It’ll be interesting to see whether Todibo finds a place in Barca’s squad for their first home game of the season against Real Betis on Sunday.