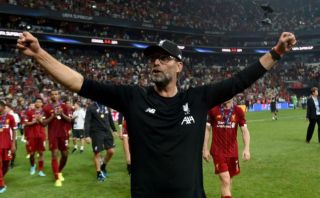 After prevailing over Chelsea to lift their 4th UEFA Super Cup, Liverpool resume their Premier League campaign against Southampton at St. Mary’s Stadium on Saturday.

The Reds beat Southampton in both league fixtures last season with the match at St. Mary’s taking place almost four and a half months back. Liverpool came from behind to beat the Saints 3-1 thanks to goals from Naby Keita, Mohamed Salah and Jordan Henderson.

After Alisson’s injury in the Reds’ Premier League opener against Norwich City, Adrian started in goal in the Super Cup and made the decisive penalty save in the shootout. However, the 32-year old sustained an ankle injury during the celebrations which makes him doubtful.

Speaking to Liverpool’s official website yesterday, the Spaniard said that he’s hopeful of playing today’s match. Adrian said: “Today I feel much better. It was a strange, weird situation because we were celebrating between us and one guy jumped from the crowd and started running.

“I think he slipped in front of us and also the security with him and made me a tackle from the side. It was a bit of a strange situation but I feel much better today and I hope [I’m] ready for tomorrow. I feel mentally ready and I also hope today with the treatment of the ankle it’s going to be much better. But I’m very optimistic to start playing tomorrow again.”

Liverpool will hope that Adrian is fit enough to play today otherwise it’ll be 35-year-old Andy Lonergan or Caoimhin Kelleher who will be between the sticks. In defence, Trent Alexander-Arnold should start and Joel Matip could be on the bench while Joe Gomez can partner Virgil van Dijk in central defence.

In midfield, Klopp might rest Fabinho who suffered from cramps during the final minutes of extra time against Chelsea. There’s a chance either of Alex-Oxlade Chamberlain or Adam Lallana might start ahead of the Brazilian. The other spots in midfield will most likely be taken by Gini Wijnaldum and Henderson.

After assisting both of Sadio Mane’s goals in the Super Cup, Roberto Firmino should start up front alongside Mane and Salah. 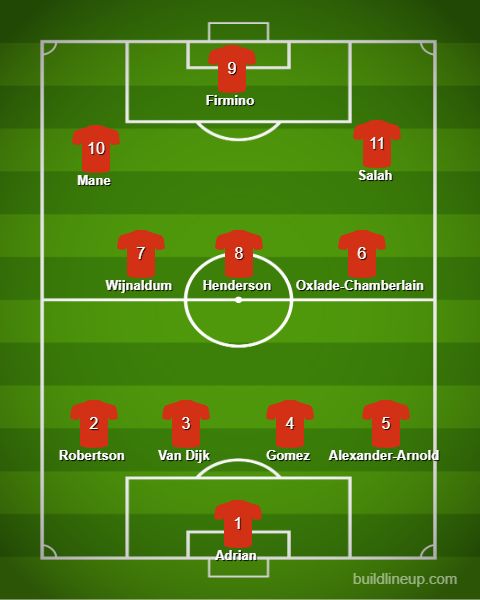