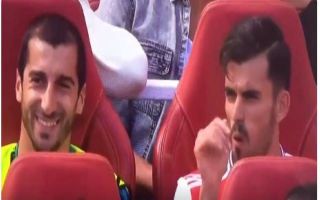 Sean Dyche’s Burnley side aren’t renowned for being a free flowing possession based side and it’s not taken Arsenal’s new star Dani Ceballos long to notice it.

Ceballos set up both goals as The Gunners eventually overcame Burnley earlier on today but was also caught on camera complaining to Henrikh Mkhitarian about Burnley’s constant long ball style.

“This Burnley team don’t like to play football, they just boom boom boom over the top” pic.twitter.com/amNhUntkcf

It might come as a bit of a culture shock for the young Spaniard as there aren’t many teams in La Liga who play in a similar way.

Burnley’s style has been incredibly successful for them over recent years so you won’t imagine that they will be that fussed about the criticism.