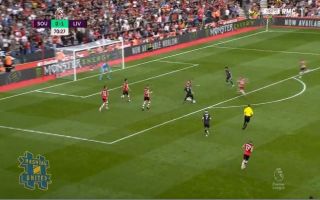 Southhampton looked like they were going to keep this game close and try and steal a goal but Liverpool now look set to cruise to a routine victory.

Roberto Firmino had the entire Southampton defence chasing him as he actually ran away from goal before firing a brilliant shot past the keeper from the edge of the box.

The goal was set up by brilliant pressing from Sadio Mane before giving the ball to the Brazilian star to do the rest.

A win would put Liverpool ahead of Man City as they play Spurs later on today.