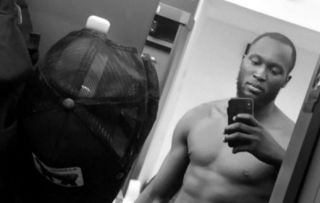 Inter Milan striker Romelu Lukaku has hit out at reports over his weight as he posted a shirtless photo on social media.

As seen in the tweet below, Lukaku clearly thinks his body isn’t in too bad a state despite claims from Corriere dello Sport that have come out this week.

Lukaku on his snapchat – he’s really not one for taking criticism without responding ? pic.twitter.com/g3hEcp3bbn

The Belgium international often faced criticisms over his fitness at Manchester United as well, appearing a little slow and sluggish on the pitch towards the end of his time with the club.

Still, we’d have to agree that Lukaku probably has a point with his picture – if that’s fat, then god help the rest of us!