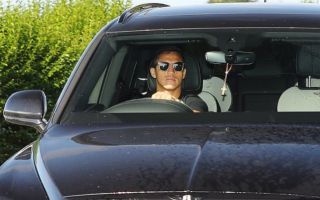 Manchester United ace Alexis Sanchez has been spotted arriving at the club’s Carrington training complex in his car as he nears a transfer to Inter Milan.

According to the Daily Mail, who also provide the picture below of Sanchez, the Chile international could seal an initial loan to Inter in the next 24 hours.

If that is the case, this could well be a goodbye trip to United’s training ground – perhaps the last time we’ll see him there as a Red Devils player.

It’s been a dire year and a half for Sanchez at Man Utd, with the 30-year-old looking nothing like the world class performer he was at previous club Arsenal.