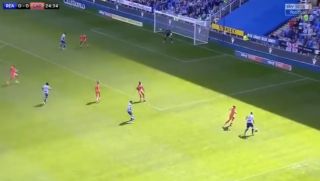 Watch below as the 23-year-old summer signing from Inter Milan runs Cardiff’s defenders ragged with his pace and skill on the ball on the right flank, before cutting in and finishing perfectly on his left foot.

George Puscas’ first half vs. Cardiff by numbers:

What a first impression! ?? pic.twitter.com/lzA6TvEX8W

The name Puscas is of course similar to Hungarian legend Ferenc Puskas, who was so good he’s had the Fifa goal of the year award named after him.

Could this effort from Puscas now be a contender for the prize? It’s got to be up there as one of the most memorable strikes of 2019!