It’s starting to look like Barcelona don’t have the money required to buy Neymar from PSG so Real Madrid are possibly the only viable option for him to leave France. According to reports, they are looking to launch one final huge bid to bring him back to Spain.

A report from AS has detailed the options open to Real Madrid as they look to seal the huge transfer of Neymar which looks like it would involve several star players going to Paris in return.

At this Point PSG would be very keen to include Vinicius as part of the transfer but would also like to include centre back Raphael Varane.

The other players mentioned as possible candidates to go are Karim Benzema, Isco, James Rodriguez and Keylor Navas. The AS story seems to indicate that Benzema and Isco are untouchable and Real don’t want them to go. Similarly they wouldn’t like to include Vinicius. 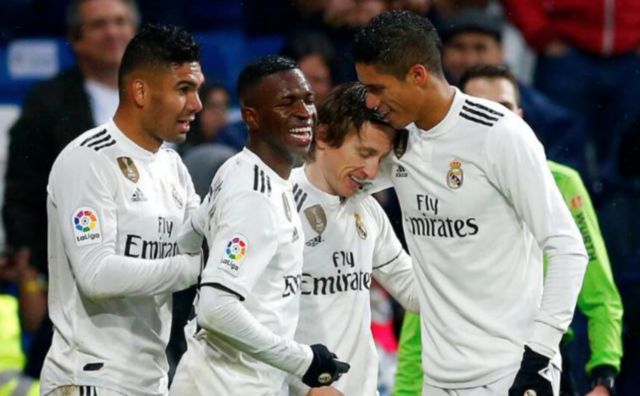 PSG would be wise to try and include some of these players as part of the operation as it’s clear that Neymar wants to leave and it would provide them with some world class players to help bolster the squad.

If they received a large transfer fee instead then other clubs would hold out for big fees for any players they wanted to replace the Brazilian.

Alongside signing one of the world’s best players, bringing Neymar to Madrid would mean they would massively get one over on Barcelona which is something they take great joy in doing at any opportunity.

Keep an eye on this one over the next few days.