Barcelona fans have been calling for the club to replace Ernesto Valverde with former player Xavi Hernandez following their opening day defeat to Athletic Bilbao.

Barca suffered their first opening day defeat in La Liga since 2008 this week, as they lost 1-0 to Bilbao at the San Mames, with 38-year-old striker Aritz Aduriz scoring the only goal of the game.

It was a disappointing performance from Valverde’s side, who looked completely lost without the brilliance and guile of Lionel Messi to drag them through the dirt.

And following this, some of the club’s fans have taken to Twitter to call for the club to sack Valverde and replace him wth former player and club legend Xavi.

Xavi is currently manager of Qatari side Al-Sadd, with the Spaniard enduring an unbeaten start to his time in charge of the club, winning two and drawing one of his side’s opening three matches.

The 39-year-old even oversaw his side win the Saudi Super Cup recently, as he claimed his first piece of silverware as a manager.

And amidst this, fans of his old club have made their feelings known regarding who’d they like to see replace Valverde in the future…

We need him now…

I won't be surprised if Valverde is sacked and they bring Xavi in.

Kick out Valverde right now and replace him with Xavi this is a must !

Please come back legend we need u

Please!!! XAVI come and coach Barcelona I am tired of ververde ???

He's ready for Barca. He'll do much better than Valverde ever will, I'm 100% sure of that

He can replace Valverde when he gets sacked mid season 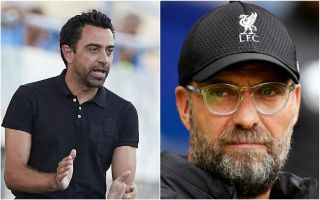