Arsenal have wrongly claimed that their former player Gilberto Silva scored the first ever league goal at the Emirates Stadium.

On this day in 2006, Arsenal played their first Premier League match at their ground after moving from Highbury that summer.

However, while Gilberto scored Arsenal’s first league goal at the Emirates, it was actually Aston Villa defender Olof Mellberg who opened the scoring that day.

Gilberto equalised later on, and while Arsenal presumably meant to point out that he was their first scorer in the league at the Emirates, many fans are taking them up on the inaccuracy of their tweet. 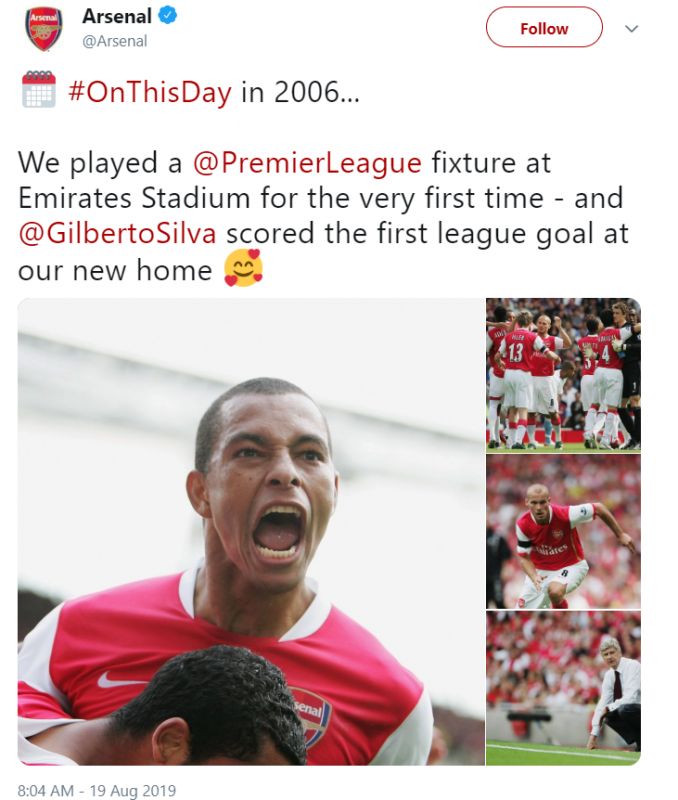 To be fair, if you were Mellberg, or even just a Villa fan, you probably wouldn’t be too pleased to be robbed of this little piece of history.

That game finished 1-1 as Arsenal took some time to get going after moving into their new stadium that season.

They didn’t win there in the league until the 23rd of September that season, beating Sheffield United 3-0 in what was their third home league game of the campaign.

Pretty sure that Olof Mellberg would disagree with that… https://t.co/Q6yr6loF8B

he scored YOUR first goal. Mellberg actually got the 1st

Olof Mellberg scored the first league goal at the Ems. Get your facts right