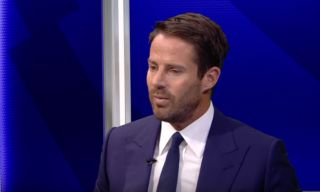 Chelsea manager Frank Lampard ‘doesn’t fancy’ Michy Batshuayi despite a lack of goals in his current side, according to pundit Jamie Redknapp.

Watch below from around the two-minute mark as the Sky Sports pundit discusses Chelsea’s issues after no wins in their first three games of the new season.

Despite Batshuayi having a decent scoring record in his time in the Premier League, the Belgium international has failed to ever really establish himself as first choice up front.

This perhaps made sense when the Blues had Diego Costa and other big names at Stamford Bridge, but for now Batshuayi can’t even make the bench when his main competition is Olivier Giroud and Tammy Abraham, neither of whom have impressed so far this term.

Redknapp is probably right that Lampard simply doesn’t rate the former Marseille man, though this looks a risky move by the new manager as his team continues to lack that finishing touch up front.