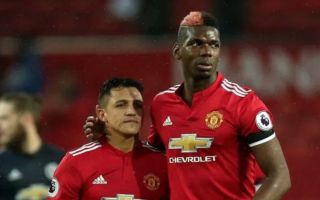 Ole Gunnar Solskjaer has confirmed that Man United midfielder Paul Pogba is going to be staying with the club this summer, news which comes amid reports linking Real Madrid with an interest in him.

The saga surrounding Pogba’s future at Old Trafford has been one of the most talked-about topics of the summer window, with the Frenchman constantly being linked with a move away.

As per the Times, Real Madrid are keen on the player, with Los Blancos looking set to test United’s resolve one more time ahead of the window closing next month, with Pogba himself keen on a move to the Spanish giants.

However despite a report of this ilk, it seems like the French international isn’t going to be leaving Old Trafford any time soon if Solskjaer’s words are anything to go off.

According to the Sun, when speaking about Pogba before United’s game vs Wolves, Solskjaer stated “I’ve absolutely no concerns on Paul. Eighty per cent of what he has said was that he is enjoying his time here. For me, yeah, he’s going to stay.”

These words will surely come as a huge relief for United fans, who can now look forward to seeing Pogba lining up for their side week in, week out for the season ahead.

The former Juventus man got his campaign off to a flyer against Chelsea last weekend, as the midfielder bagged two assists against the Blues, helping United beat Frank Lampard’s side 4-0 in the process.

And following this, United fans will now be hoping to see the 26-year-old continue this form against Wolves at Molineux tonight, as Solskjaer’s side look to keep up their 100% start to the season.

Video: Aubemeyang fires into an empty net to give Arsenal the lead in Vienna

Video: David Luiz drags Arsenal level as he beats the keeper to the ball with a towering header