The former Top Gear host aimed a dig at Maddison as he watched yesterday’s game between Chelsea and Leicester, tweeting that the 22-year-old spent too much time at the barber’s instead of working on his football.

This seems a bizarre dig from Clarkson given that Maddison has generally looked very focused and professional as well as consistently delivering on the pitch since his move to the King Power Stadium last summer.

The England Under-21 international looks one of this country’s biggest talents, and while Clarkson may have just been having a bit of a joke, it’s little surprise Maddison felt like taking a pop back at the 59-year-old.

And, to be fair, he did so in some style as he told Clarkson to stick to cars and mocked him for looking to be close to losing all his hair…

Stick to cars mate. Can count on 1 hand how many trims you’ve got left #thin https://t.co/z1mDh177q8 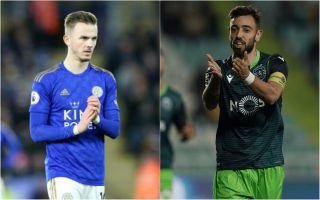