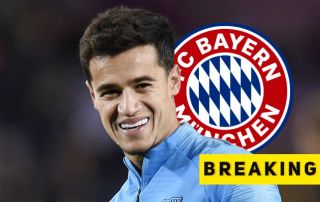 Barcelona fans have flocked to Twitter to call for the Spanish giants to get rid of manager Ernesto Valverde following the club announcing the departure of Philippe Coutinho.

As confirmed via the club’s official site, Coutinho has joined Bayern Munich on a season-long loan for a fee of €8.5M, with the deal also including an option for Bayern to make the move permanent for €120M next summer.

Coutinho’s struggled dearly during his first 18 months or so at the Nou Camp, and a move away to a new club could be exactly what the Brazilian needs in order to reignite his career.

Following the club announcing this move, fans of the Blaugrana are also keen to see the club seal the departure of another one of the club’s key figures in the form of manager Valverde.

The Spaniard has come under heavy scrutiny in recent times for his failure to guide Barca to a Champions League title during his stint in charge, with his pragmatic and somewhat boring play style also leading to a number of fans become fed up.

And given this Coutinho announcement, Barca fans took this opportunity to call for the Spanish giants to sack Valverde, which is a call that fans have been making for quite some time now…

Loan Valverde out as well

*Agreement with FC Bayern for the loan of Philippe Coutinho with an option to sack Valverde.

Agreement for Valverde Out Next! ??

Now go fire valverde and we can call it even!!!???

Valverde out and Neymar in

Where is the agreement to sack valverde?

Ok, valverde out next