Football coverage is non-stop these days, full of transfer gossip, stats, analysis, social media antics and details of matches picked apart by anyone with a smartphone and internet access.

On the whole, it’s pretty fun, but it does mean sometimes being exposed to some truly shocking opinions from people who don’t know what they’re talking about, or who simply want attention.

We’ve picked out some of the absolutely worst takes on some footballing matters in the last few days.

There are no doubt many, many more, but here are five that grabbed our attention…

Many scoffed at Virgil van Dijk’s price tag when he moved from Southampton to Liverpool. It’s fair to say that’s barely mentioned now as he’s been such an obvious success.

In just over 18 months at Anfield, the Dutchman has turned Liverpool from a defensive joke reliant on the error-prone Dejan Lovren into one of the most solid sides in Europe, reaching two Champions League finals, winning one of them, and achieving the club’s best-ever points tally in the Premier League.

But, hey, guys, have you considered that, actually, Van Dijk might not really be doing his fair share at the back? Busted, Virgil! Garth Crooks has exposed you for the fraud you are…

“Whenever Joel Matip plays for Liverpool he appears to be the one who is making all the last-ditch tackles, getting the ball smashed in his face and coming to Liverpool’s aid in a crisis,” Crooks wrote in his BBC Sport column. 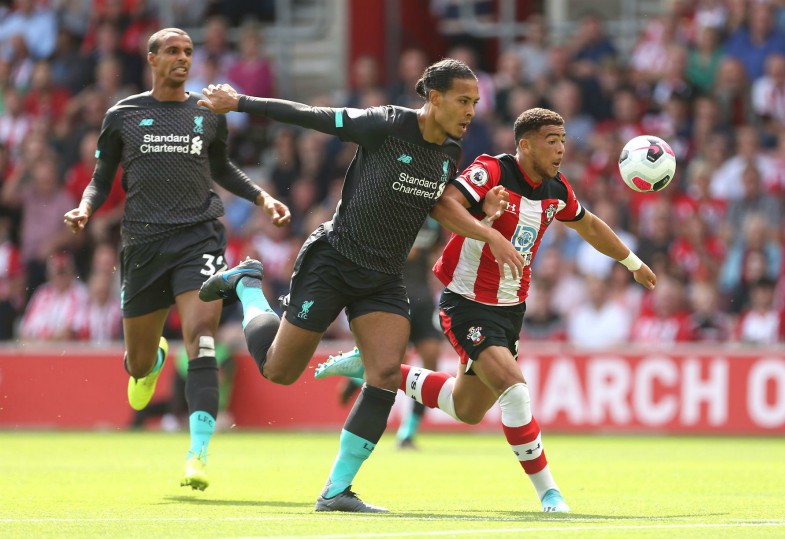 “Meanwhile, Virgil van Dijk looks beautifully groomed, hair swept back in a ponytail, strolling around looking like he’s just returned from a week in Vegas! Matip must get Van Dijk to do his share of the heavy lifting when the Reds are up against it away from home.”

What is it that ageing pundits have against players being well groomed? It’s a worrying obsession. Are human beings really so incapable of multitasking to the point that we can’t have a hairstyle and play football to a high standard at the same time?

And, nothing against Matip, but great defenders have often been renowned for making the game look easy. Generally speaking, if your positioning and awareness is good, you don’t need to go flying into tackles too often. It’s like some people have collectively forgotten that elegant-but-brilliant defensive masters like Paolo Maldini and Fabio Cannavaro ever existed.

Dani Ceballos had a very good game for Arsenal against Burnley. That statement should be enough, really, but no, we have to be subjected to utter drivel such as this:

Ceballos is what United fans think Pogba is.

There’s a lot to unpick here, so bear with us….

Firstly, Ceballos has started one Premier League game. It is not necessary to have such a strong opinion on him yet. Would it be so hard to wait ten games, maybe even five? Maybe wait until he plays against a team better than Burnley before declaring him superior to a World Cup winner and multiple Serie A champion who has performed at the highest level for years and moved for big money?

Secondly, this tweet fails to grasp quite how divisive Pogba is among the Man Utd fan-base. Yes, most would agree the Frenchman is capable of being one of the best midfielders in the world on his day, though he’s not always won fans over in his time in England due to some inconsistency, part of that his own fault, part of that due to playing under the horribly restrictive Jose Mourinho, and well, the absolute dross around him for the bulk of his Old Trafford career.

An opinion to genuinely make your brain hurt.

Not necessarily the craziest idea on the face of it, but here’s Jamie Carragher’s somewhat flawed analysis of Liverpool potentially signing Leicester City star James Maddison:

“People have been talking about Coutinho coming back, but obviously that hasn’t happened as he has gone to Bayern Munich, but if you are looking in the Premier League, yes he (Maddison) will cost a lot of money, but he should be the one Liverpool are looking at if you are going to that next step up.”

It’s worth noting that Liverpool sold Coutinho and basically didn’t replace him, with Jurgen Klopp changing his tactics, clearly for the better, without the Brazilian number ten in his ranks.

The Reds now play basically the same system in every game now – a 4-3-3 with largely defensive-minded players in that central three, whatever combination of Jordan Henderson, James Milner, Georginio Wijnaldum or Fabinho is in there. Their attack-minded full-backs Trent Alexander-Arnold and Andrew Robertson are then key players in providing ammunition for the front three, with Roberto Firmino also sometimes dropping into a false-nine role as Mohamed Salah and Sadio Mane come in from out wide to be the main goal-scorers.

James Maddison, a genuine number ten in the Coutinho mould, doesn’t really fit into that, as good a player as he is. And gone are the days when Liverpool will sign whichever big talent is going just because they’re flavour of the month. Klopp and co. have a more sophisticated transfer strategy now and will only go for players who fit. Again, this is no insult to Maddison, but he’d be a square peg in a round hole in this LFC squad and would therefore be a big waste of everyone’s time.

We’re not sure too many people bother listening to what this guy has to say anymore, but Jeremy Clarkson caught the eye with a tweet so bad we’re not sure even your Dad would attempt it:

James Maddison. Too long at the barber’s. Not enough time practicing football.

While we’re not sure Maddison is the right fit for Liverpool right now, he’s undoubtedly been a quality performer in his relatively short time in the Premier League, showing himself to be one of the top young talents in the country.

Like Van Dijk, however, his crime, it seems, is having a haircut, meaning he’s somehow not doing enough on the pitch, despite all evidence to the contrary.

Luckily, Maddison put Clarkson in his place with this brutal comeback:

Stick to cars mate. Can count on 1 hand how many trims you’ve got left #thin https://t.co/z1mDh177q8

“I am still not convinced by Manchester United and I would still sell Paul Pogba,” said Nicholas on Sky Sports as he previewed the Wolves game.

Really, Charlie? You’d sell a top player who’s been ever-present in a problem position for Man Utd outside the transfer window for Premier League clubs, meaning Ole Gunnar Solskjaer would have to rely on Nemanja Matic, Fred, Scott McTominay and Andreas Pereira until Christmas?

To be fair, he’s no Dani Ceballos.