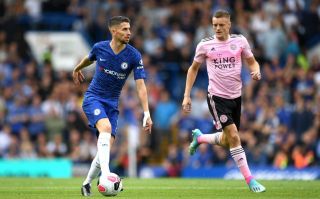 Jamie Carragher singled out three experienced Chelsea players as letting the team down in the game against Leicester City over the weekend.

The Blues are yet to win a competitive game under new manager Frank Lampard, who has joined the club under challenging circumstances.

MORE: Video: Batshuayi makes it 2-0 to Chelsea Under-23s vs Liverpool with tidy finish

Unable to make signings this summer due to a transfer ban, Chelsea sold star player Eden Hazard to Real Madrid but have had to make do with relying on young players to help fill the void.

Tammy Abraham and Mason Mount have started the season as regulars under Lampard, while Callum Hudson-Odoi should also have a big role to play once he returns from injury.

Still, Carragher was critical of three experienced players for Chelsea in the draw with Leicester as he slammed the performances of Willian, Jorginho and Cesar Azpilicueta.

The pundit believes these three should be able to do better for CFC and avoid some sloppy errors that made the team vulnerable, particularly at the back.

“They’re got no organisation in possession. Frank wants his full-backs to go forward,” Carragher told Sky Sports, as quoted by the Metro.

“Azpilicueta [should be] experienced to know he doesn’t need to go all the time. They’re leaving spaces because they’re not organised in attack.

“Experienced players like Jorginho goes flying out, doesn’t make the challenge and then there’s massive holes in the middle of the pitch.

“Willian, who I absolutely love, if Frank could have had another substitute he would have taken him off, he was that bad. They can’t sustain an attack, keep the ball and they’re so open.”