Jurgen Klopp has explained why Liverpool didn’t attempt to resign Phillipe Coutinho this summer, after the midfielder sealed a loan switch to Bayern Munich.

The Brazilian joined Barcelona for £147 million from Liverpool in January 2018, bringing to an end his five-year stay on Merseyside – as per Goal.

The 27-year-old was a talismanic presence at Anfield, but he has been unable to replicate the same form at Camp Nou, with Barca ultimately deciding he wasn’t needed for the 2019-20 campaign.

BBC Sport reports that Bayern Munich signed Coutinho on a season-long loan deal with the option to buy for £109 million next year, with the playmaker having arrived in Germany to complete the deal on Monday.

Liverpool were linked with a former charge earlier this summer, but Klopp has now revealed the one key reason why the club decided against trying to bring him back to Anfield.

The German boss told Goal: “It sounds a bit strange, but we could not afford it, we have already spent the cash that we got for him.

“We were reluctant to hand him over, but Barcelona forced us with money, so to speak. 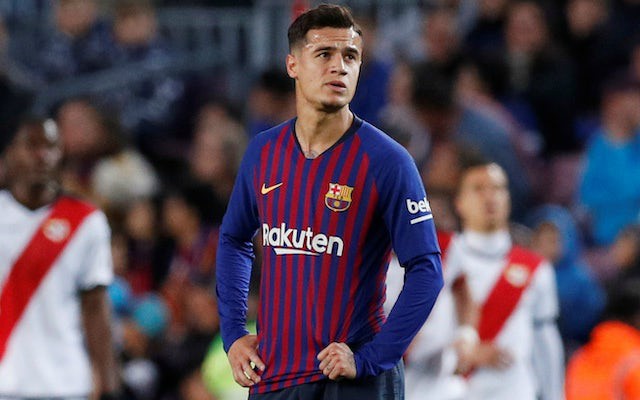 Coutinho has moved to Bayern on loan after struggling at Barca

“The move [to Bayern] makes sense for both sides. He’s a super player and a great boy. He is a world-class footballer who can change games in the right environment.”

Coutinho has only managed to score 21 goals in 76 appearances across all competitions for Barca to date, while struggling to step out of the shadow of Lionel Messi.

At Bayern, the Brazil international will be able to take centre stage once again and his presence could help Niko Kovac’s side challenge for the Champions League while also trying to retain their Bundesliga crown.

Liverpool, meanwhile, could still do with a creative influence like Coutinho pulling the strings in the middle of the pitch again, but they will likely still challenge for trophies on multiple fronts with a squad that has already conquered Europe this year.