Manchester United are in a race to sign this 17-year-old starlet ahead of their Premier League rivals and an unnamed Serie A club, the ace has been likened to Abou Diaby.

According to Foot Mercato, Manchester United are amongst several top clubs that have been keeping a close eye on Lille ace Jean-Pierre Longonda. The Red Devils will have to battle Liverpool and Chelsea, as well as a Serie A club for the highly-rated ace’s signature.

Foot Mercato’s report likens the ace to former Arsenal star Abou Diaby – Diaby was regarded highly by his peers and coaches in his early years but injuries ruined the Frenchman’s career.

The report states that Bundesliga side Schalke were previously linked with a move for the midfielder and it appears that top clubs are planning to sign the 17-year-old before he signs a professional contract with Lille.

The unnamed Serie A club are ahead of United, Liverpool and Chelsea though as the Italian side have already made an offer for the Belgian youth international.

Foot Mercato go on to reveal that the ace’s youth contract is entering it’s final year and the Longonda is ready to listen to all offers on the table before deciding his future. 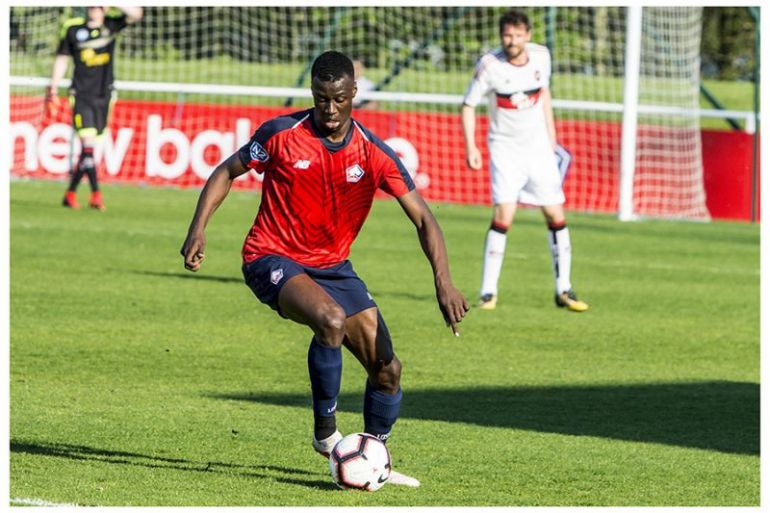 Longonda looks to be an energetic defensive midfielder – the kind of players that United are missing right now. Longonda has been massively impressive in his displays for Belgium’s Under-17 side – the ace has scored three goals and registered three assists in just six appearances.

He may be a defensive midfielder but the certainly has a knack for making things happen in the final third of the pitch.

United could be the perfect move for the Ligue 1 starlet, the ace would be joining Noam Emeran and Hannibal Mejbri – who have recently moved to Old Trafford from France.This could be a low-cost risk that pays off for one of these English sides.

Comparisons to Diaby at such a young age show that Longonda is a serious talent for the future, the Premier League’s big boys may want to move fast for the ace’s services considering there is already an offer coming from Italy.