Manchester United have been hit with a warning by this club’s transfer chief, the Red Devils are interested in a move for this quality striker to solve their problems.

According to Mirror Football via French outlet Foot Sur 7, Lyon sporting director and club legend Juninho has warned Manchester United and Juventus away from a move for forward Moussa Dembele.

Sky Sports revealed that the Red Devils had identified the former Celtic star as a potential target to replace Romelu Lukaku, who completed a move to Inter Milan in the final week of the English window.

Sky Sports also reported via French publication L’Equipe that the Ligue 1 giants value the 23-year-old in excess of £40m.

The Mirror claim that Juventus are keeping a close eye on the Frenchman, the European window is still open until early September, will one of United’s prime target seal a move to Italy before it slams shut?

Here’s what Juninho told Foot Sur 7 when quizzed about Dembele’s future and Lyon’s aims for the season:

“We are satisfied with the players we have,”

“We must now build collectively.”

“We do not need to sell. I would like everyone to stay with us. If Moussa Dembele was to leave it would do us a lot of harm.”

There’s no doubting that Dembele has established himself as a serious talent after making the step up from Scottish football, the ace left Celtic to join Lyon last summer in a deal worth £19.7m according to BBC Sport. 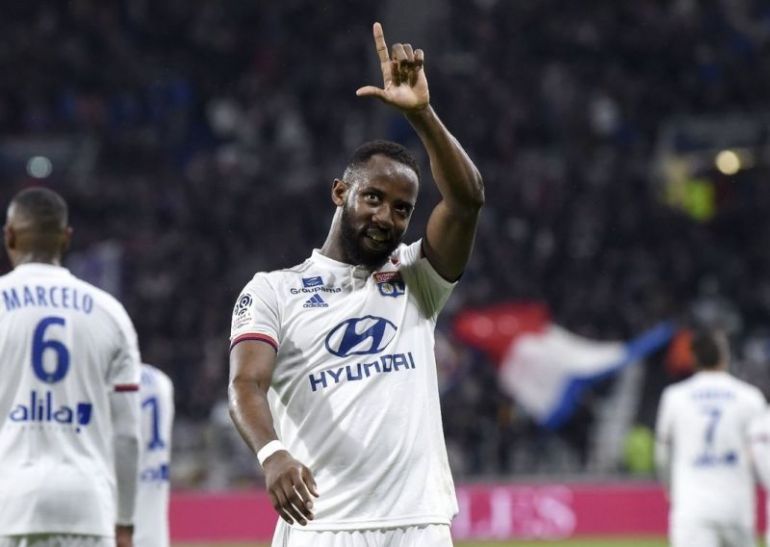 Dembele has been phenomenal for Lyon since joining from Celtic.

Dembele was in fine form for Lyon last season netting 15 time in 33 Ligue 1 appearances. The forward also provided five assists to his teammates.

The 23-year-old has continued his goalscoring exploits into the new campaign, scoring three times in two games.

Dembele caught the eye of United fans following his double against Arsenal in Lyon’s pre-season victory over the Gunners in an Emirates Cup clash.

Dembele would be a sound signing for United, a move for the ace wouldn’t give rise to the usual problems that foreign stars have to deal with when moving to England as the forward came through the ranks at Fulham before heading to the highlands.

Dembele is a quality all-around striker, the Frenchman has plenty of pace – whilst also being able to hold his own physically when tasked with leading the line.

Ole Gunnar Solskjaer should be crying out for a forward with such versatility.

Dembele would fit right in alongside the likes of Marcus Rashford and Anthony Martial in United’s new look fast-paced counter-attacking style under Solskjaer.

Dembele made a couple of Premier League appearance for Fulham after breaking through into the first-team in the 2013/14 season.