According to Optus Sport via the Metro, Manchester United legend Ryan Giggs has slammed Marcus Rashford for not demanding to take the Red Devils’ penalty against Wolves last night.

Superstar Paul Pogba won a penalty for the Manchester outfit after some superb skill, but the Frenchman stepped up to the spot and saw his penalty saved by Rui Patricio.

Rashford – along with some of United’s other stars, were all involved in lengthy discussions with Pogba before the spot-kick was taken and this led to pundits across the world ranting about the event.

The incident sparked controversy and was arguably escalated into a much bigger deal than it actually is, Gary Neville was furious with United’s stars when he gave his take on the situation for Sky Sports. Check it out here. 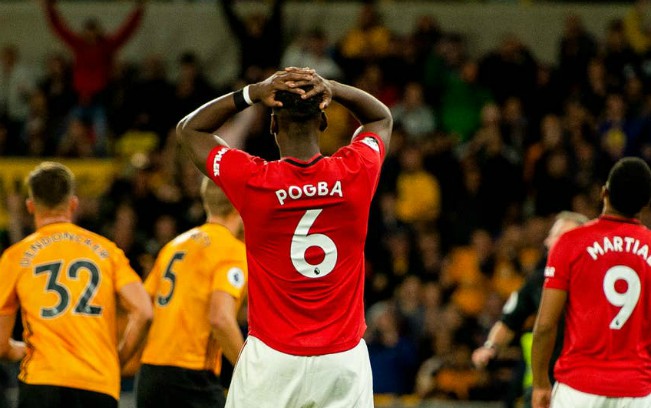 Manchester United had a glorious chance to take the lead against Wolves with Pogba’s penalty.

Here’s what Giggs had to say on the incident, as per the Metro:

“[Rashford is a] centre-forward, scores a goal in his first league game, penalty, you get another penalty in the next game, you’ve got to be demanding to take it,”

“Pogba has not got a great record either of scoring penalties. He doesn’t score every penalty he takes.

“I was surprised. I’m not surprised that Paul Pogba stepped up, because he’s that kind of player, which is obviously encouraging.

“I’m just surprised when you’ve scored a penalty the game before, that you get a penalty the next game you don’t take it. So you open up to criticism then, because if Marcus misses it then OK, you can miss a penalty, but now everybody is talking about why Marcus didn’t take it, why did Pogba take it?”

It’s understandable that some aren’t happy that Pogba was given the chance to take the penalty, Rashford fired a beautiful spot-kick into the net in United’s 4-0 season-opening victory over Chelsea.

“It should have been Marcus. It’s a strange one because before the game you usually have a designated penalty taker and you would think it would be Marcus after scoring last week. Like I say, he’s done it the week before.

“Again, there’s a conversation. Ole’s said after the game that they have two designated penalty takers and looking at this [last week’s] maybe they do, and again tonight they have the same conversation so it’ll be interesting to see.

“I can understand that situation because it’s the first penalty, but now Marcus has scored it usually – you know when we’ve played, if you’ve scored a penalty, especially if it’s a centre-forward or forward player – he’s taking the next one.

“If I’d have gone walking over to Ruud van Nistelrooy he’d have just said, ‘Go back!’ and he’d have put the ball underneath his shirt. There’s no way you’re getting the ball of him.

“So that’s why I find it a little bit difficult to understand, once a centre-forward has scored a penalty, next penalty they get, they’re taking it.’

Solskjaer needs to resolve this issue sooner rather than later, the idea of chopping and changing between penalty takers clearly isn’t a great option and this situation will also test if the Norwegian will remind United’s stars who calls the shots.