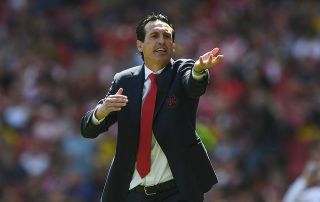 Arsenal are reportedly set to offer defensive midfielder Matteo Guendouzi a new 5-year contract which will see him earn £70,000-a-week.

Guendouzi joined Arsenal from Ligue 2 club Lorient last summer and has become a key player under Unai Emery. The 20-year-old Frenchman has made 50 appearances for the Gunners, scoring a goal against Qarabag in the Europa League and providing two assists against Brentford and Blackpool in the EFL Cup. The defensive midfielder started both of Arsenal’s Premier League matches this season.

Guendouzi has established himself as one of the Gunners’ key entities and the club is eager to keep him for as long as possible. According to the Daily Mail, the Frenchman who currently earns £40000-a-week will be offered a new 5-year contract that would see his weekly salary rise to £70000.

Given how he has been performing for Arsenal, there will come a time when many top clubs will be interested in signing Guendouzi. In fact, a report from the Express claimed that PSG were willing to sign the 20-year-old who played in the club’s academy.

The Gunners won’t be eager to let go of the France U21 international and will hope that he pens a new contract. After beating Newcastle and Burnley, Arsenal next take on Champions League and Super Cup winners Liverpool at Anfield. Provided the North London club manages to beat Jurgen Klopp’s men, this will be the first time since 2004 that they won their first three Premier League matches.