Arsenal take on Liverpool this weekend as both sides hope to continue their 100% starts to the new season.

The Reds have so far beaten Norwich City and Southampton to take six points from six, while the Gunners have also enjoyed a slightly easy start to pick up victories against Newcastle and Burnley.

This one will be a far bigger test for both, however, and we’ve already done a Liverpool predicted line up to take on Unai Emery’s side.

So how about Arsenal? Emery has decisions to make in some key areas, as it looks like Mesut Ozil could be in contention again after returning to training, according to the Express.

The German playmaker makes sense as the kind of creative force you’d want starting in a big game, especially if Nicolas Pepe also gets his first start since joining the club.

Pepe arrived late in the summer so did not get a chance to feature in pre-season, so has been eased in slowly by Emery, who has brought him off the bench against Newcastle and Burnley.

At Anfield, however, the Ivory Coast international could be needed as he’s shown himself to be a world class attacker who, with Ozil providing the ammunition, could do real damage even to this solid Liverpool defence.

Here’s how we think AFC could line up, with just two changes from the Burnley win as Pepe replaces Alexandre Lacazette and Ozil comes in in midfield for Joe Willock… 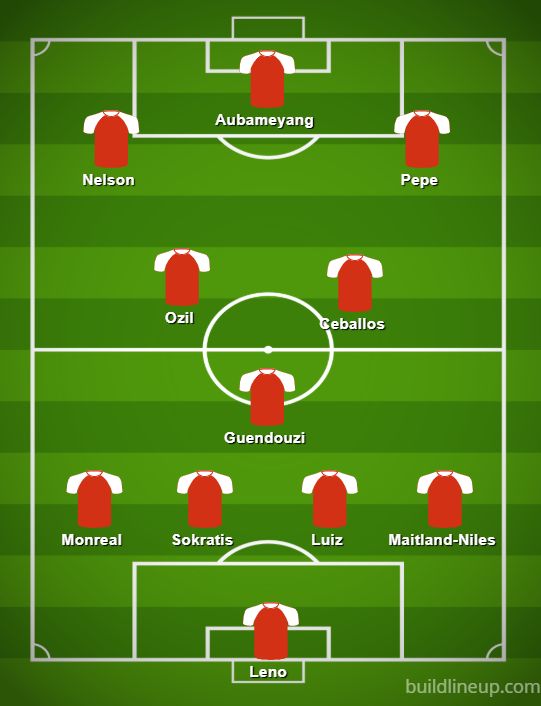