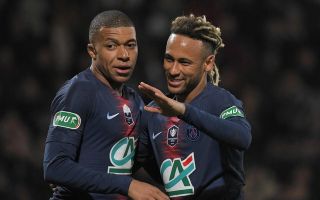 PSG have reportedly demanded either €250 million or €100 million plus Ousmane Dembele and Nelson Semedo in exchange for Neymar.

The Brazilian winger has been strongly linked to a return to Barcelona with Cadena Sar claiming that PSG have rejected an offer of €180 million from the Catalan club for him.

Now Mundo Deportivo claims that PSG had two demands for Neymar- either pay €250 million or pay €100 million along with Ousmane Dembele and Nelson Semedo. The Ligue 1 champions preferred the player plus cash deal but neither Dembele nor Semedo are willing to leave Camp Nou.

Now, this puts Barcelona in a tough spot because given how much they have already spent this summer, the club can’t afford to sign Neymar. The best way for the Blaugrana to sign their former star is to offload some of their players.

Provided Barca can’t offload any of their players, the only option left for them is to loan the Brazilian international with an option to buy him for a sum that would please PSG.

Neymar has made 58 appearances for the Parisians so far, scoring 51 goals. This season, he is yet to make a single appearance for them.

Neymar has verbal agreement over new PSG contract, details to be completed soon