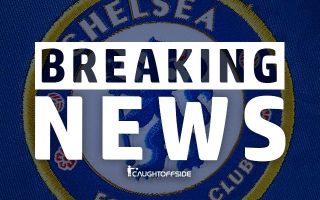 Serie A club AS Roma have posted pictures of Chelsea right-back Davide Zappacosta in Rome ahead of a transfer to the Giallorossi.

Zappacosta joined Chelsea from Torino in 2017 and has since made 52 appearances for the club, scoring two goals and providing 4 assists. Due to the presence of Cesar Azpilicueta, the 27-year-old has struggled for game time at Stamford Bridge.

The right-back was linked to a move to Roma with Gianluca DI Marzio claiming on Twitter that he will have a medical at the club.

The Serie A club have more or less confirmed Zappacosta’s signing by posting pictures of him in the Italian capital on Twitter.

With skipper Azpilicueta and youngster Reece James in the squad, it would’ve been exceedingly hard for the Italian international to find first-team opportunities under Frank Lampard this season. Hence, Zappacosta’s move to Roma could well give him some more game time which might help his cause of finding a spot in Italy’s Euro 2020 squad.

So far, Roma have signed Leonardo Spinazzola, Amadou Diawara, Pau Lopez and Mert Celtin. Paulo Fonseca’s side begin their Serie A campaign against Genoa on Sunday.