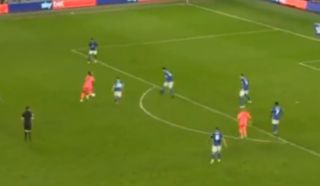 Watch below as the 20-year-old does brilliantly to evade the Cardiff City defence before unleashing a low and powerful left-footed effort from outside the penalty area.

If Chalobah can carry on like this at Huddersfield this season, he’s surely got every chance of becoming the next youngster to make a first-team breakthrough at Stamford Bridge.

Frank Lampard has shown a willingness to use academy players such as Mason Mount and Tammy Abraham this term, and Chalobah looks another Chelsea player with a big future.