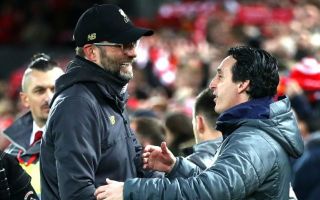 After a successful last week during which Liverpool won the UEFA Super Cup and beat Southampton, the Reds will face their first big challenge in the Premier League.

Jurgen Klopp’s side will lock horns with Arsenal on Saturday at Anfield. Last time both teams faced at Liverpool’s home turf, the Reds won 5-1 with Roberto Firmino netting a hat-trick while Mohamed Salah and Sadio Mane both scored a goal each.

SEE MORE: Liverpool eyeing a move for 35-year goalkeeper who is a free agent

The last time the Gunners beat Liverpool in their own backyard was back in 2012 when Alex Oxlade-Chamberlain was an Arsenal player. Provided Arsenal win this weekend, it’ll be the first time since 2004 that the club won their first three Premier League games.

Both sides are the only teams who have won all of their Premier League matches so far and Saturday’s game should be anything than the one-sided affair we saw last December.

Liverpool will undoubtedly start with Adrian in goal. The 32-year-old gifted a goal to Southampton and will certainly try not to make that kind of error against the Gunners.

There shouldn’t be any changes at the back and Klopp should go with Van Dijk, Matip, Robertson and Alexander-Arnold. In midfield, Oxlade-Chamberlain can retain his spot after impressing against Southampton. Fabinho and Jordan Henderson can replace James Milner and Georginio Wijnaldum.

Up front, there shouldn’t be any changes with Klopp fielding the lethal trio of Salah, Mane and Firmino. Each of Liverpool’s front three scored in the club’s last two home matches against Arsenal and will be hoping to do the same on Saturday. 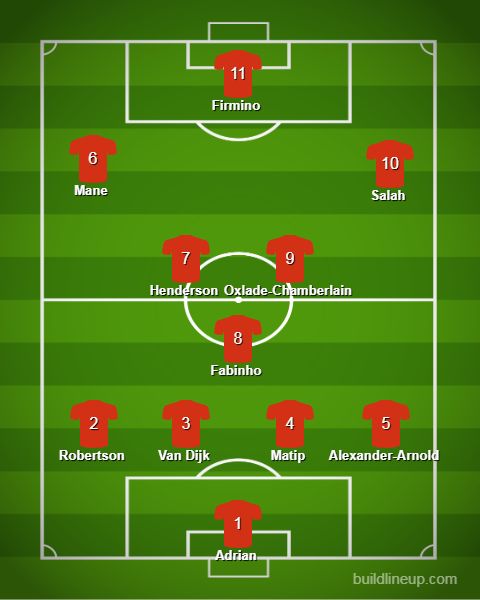