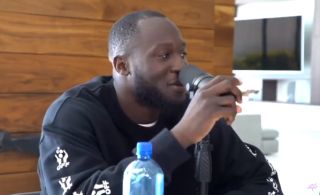 Inter Milan new-boy Romelu Lukaku has not taken long to hit out at one of his old Manchester United team-mates after leaving Old Trafford this summer.

The Belgium international clearly had an unhappy time to the end of his spell with the Red Devils, and this video below has emerged as it seems he takes a swipe at Martial for celebrating with a fake trophy after missing out on France’s World Cup win.

It must be said, however, that the context is not entirely clear and some fans in the replies have questioned if this is definitely a dig at Martial, or perhaps at Manchester City’s Benjamin Mendy.

Either way, it’s caused a bit of a stir among Man Utd supporters this evening…