Ole Gunnar Solskjaer has taken Paul Pogba’s penalty taking duties off of him following the Frenchman’s failed spot-kick attempt vs Wolves on Monday.

United dropped their first points of the season away to Nuno Esperito Santo’s side earlier this week, as they succumbed to a 1-1 draw at Molineux.

The Red Devils had been winning the match for a while following a first half goal from Anthony Martial, however they were pegged back in the second half following a brilliant strike from Wolves midfielder Ruben Neves.

Pogba did have the chance to hand United the lead from the spot towards the end of the second half, however the 26-year-old squandered this opportunity, as he saw his effort from 12 yards saved by Rui Patricio.

And following this, it seems like Solskjaer has made a pretty hasty decision regarding his side’s main penalty taker, as the Sun note that after the match, the Norwegian has stripped Pogba of his penalty-taking responsibilities following this mishap on Monday.

The report also notes that Solskjaer has now made Marcus Rashford the club’s first-choice penalty taker, a somewhat knee-jerk reaction from the United boss. 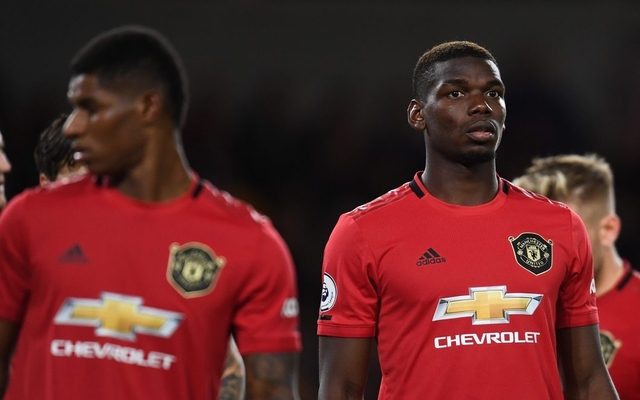 Now, given that Rashford has only taken a few penalties for the club during his time at Old Trafford, and that Pogba proved last year that he’s more than capable of taking on the responsibility of the club’s main penalty taker, this decision from Solskjaer seems like a hastily-made one to say the least.

Last year, the Frenchman scored eight times from the spot in all competitions, with seven of these coming in the Premier League, a stat that shows the French international is more than capable of stepping up from 12 yards when United need him.

Will Solskjaer end up regretting this decision later down the line this season? Looks like we’ll just have to wait and see…