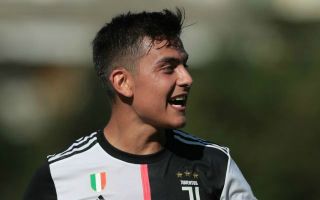 The Brazilian winger’s future is still uncertain and if he leaves the French capital, PSG will make a move for Dybala according to L’Equipe. The Argentine international has made 182 appearances for Juventus ever since joining the club from Palermo, scoring 78 goals and providing 30 assists. Last season, the 25-year-old scored only 10 goals and provided 5 assists in 42 appearances across all competitions.

Dybala was linked to a move to Manchester United but the Telegraph claimed that the Red Devils ended their interest in the Argentine due to his high wage demands.

A report from the Daily Mail claimed that PSG and Juventus would hold talks regarding a £73 million transfer for the 25-year-old.

Dybala may have had a lackluster 18/19 season with the Bianconeri but one can’t deny that he is one of the finest talents in world football at this moment. Provided Neymar leaves PSG, the Argentine international could be a suitable addition to Thomas Tuchel’s squad.

The Ligue 1 champions have played both their Ligue 1 games without the Brazilian winger, beating Nimes 3-0 while suffering a 2-1 defeat to Rennes.