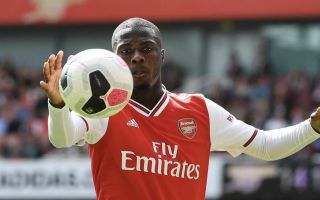 Arsenal winger Nicolas Pepe has revealed why he chose to join Arsenal and ignore links to Manchester United and Liverpool.

As per Metro Sport, the Ivory Coast international joined the Gunners for a club-record £72 million fee from Ligue 1 outfit Lille earlier this summer, bringing to an end one of the year’s longest-running transfer sagas.

The 24-year-old earned attention from a number of top European clubs during his time with Lille, including United and Liverpool, who both saw offers turned down before he made a final decision on his future.

Pepe has now explained why he opted to complete a transfer to Arsenal amid links to another Premier League duo, insisting that the club’s “ambition” was what attracted him to Emirates Stadium.

The mercurial attacker told Arsenal’s official website: “I chose to come here because it’s a club with a lot of ambition.

“They have the dream of coming back to the Champions League and I am also an ambitious person, so the choice was very logical.

“I am attracted to the Premier League because it is an extremely intense championship and the best league in the world. The idea is to win the Europa League and that is a goal of ours. 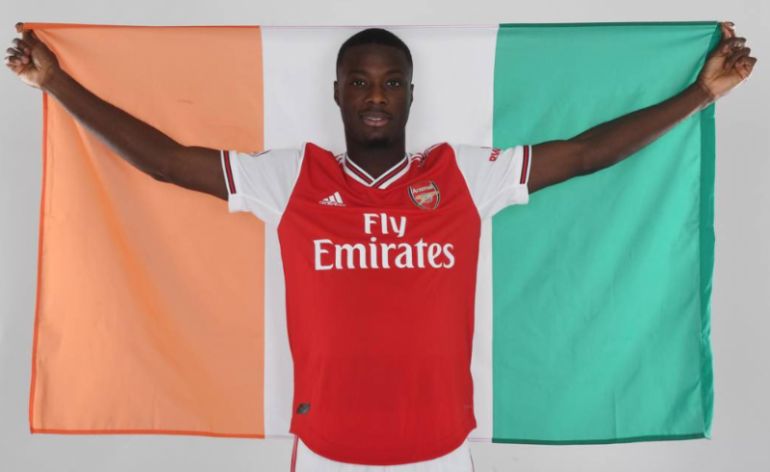 Pepe arrived at Arsenal for £72M from Lille earlier this summer

“It’s a European event and our goal is to do better than last season. I believe we will.”

Pepe came on as a substitute during Arsenal’s wins over Newcastle and Burnley over the last fortnight, as Unai Emery’s men kicked off their 2019-20 campaign in perfect fashion.

The Ivorian credits his new manager with helping him settle into new surroundings quickly, as he added: “It’s been really good because he speaks French and it has been much easier for us to communicate.

“I am new, the strategy and tactics are new and it really helps that I can get the coach’s assistance. Now I need to learn English and this is something he is helping me with also.”

Next up for Arsenal is a huge trip to Anfield on Saturday, where Pepe could be in line for his first competitive start after two eye-catching cameos.