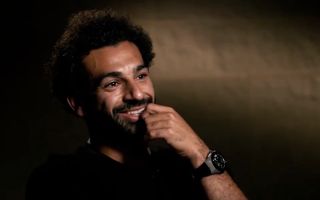 Mohamed Salah has given his stance on the use of VAR in football, with the Liverpool superstar giving some pretty honest opinions on the matter during an interview with CNN.

VAR has been a hot topic in the Premier League so far this season despite it being just two weeks old, and amidst this, Reds ace Salah has given his taken on the system.

Speaking in an interview with CNN, Salah jokingly stated that the introduction of VAR means ‘more penalties’ for him.

VAR continues to divide opinion. Mo Salah tells @cnnsport he's not a fan: "I love football how it is." https://t.co/DTFQQhmg6b pic.twitter.com/MvD70NcsoW

The Egyptian forward also stated that the system is “too fair”, and that he isn’t a fan of it.

If other players of Salah’s ilk come out and gives their negative verdicts on VAR, one wonders whether the Premier League and UEFA will end up changing the way they use the system going into future seasons.