Chelsea manager Frank Lampard has a big decision to make this weekend as he looks to earn his first win as Blues boss.

The former Chelsea midfielder may be a legend at Stamford Bridge from his playing days, but even he may soon face the wrath of this demanding fan-base if he cannot turn things around on the pitch.

So far, Lampard’s side have been battered 4-0 by Manchester United, beaten on penalties by Liverpool in the Super Cup, and held to a 1-1 draw at home to Leicester City.

It’s clear something needs to change, and we think it’s time for more action for Ross Barkley, with the ineffective Jorginho surely the man who needs to make way.

The Italy international was a big success under Maurizio Sarri at Napoli, so made sense as the Italian’s first signing last summer.

However, he’s struggled to get going in the Premier League and it’s even harder to see what he offers now in Lampard’s side.

N’Golo Kante should be brought back into that deeper role in front of the defence, where he offers both more energy and spark moving forward.

Meanwhile, Barkley had a fine pre-season but has been surprisingly overlooked since the competitive matches got going.

The England international surely has more of a role to play and can give the Chelsea attackers more to work with if he comes in.

As for those attackers, we’ve also gone for Tammy Abraham over Olivier Giroud up front, in two changes from the draw with Leicester… 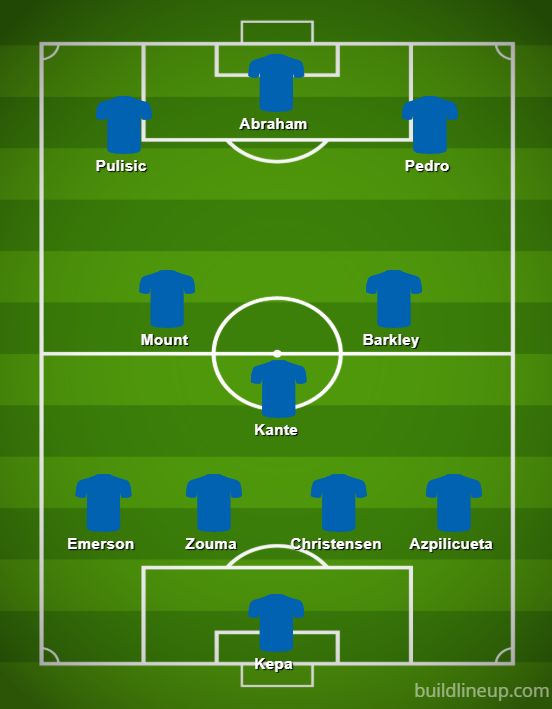