Borussia Dortmund midfielder Axel Witsel has revealed he had an offer on the table from Manchester United before completing a switch to Germany.

The Belgian has been a huge hit in the Bundesliga, helping Dortmund challenge for the title during his first season at the club while racking up 43 appearances across all competitions in total.

Witsel also emerged on Manchester United’s transfer radar in 2018 and he has now revealed the reason a switch to the Premier League ultimately failed to materialise.

“I also had other offers, maybe I could have gone to Paris or Manchester, but I did not want to wait. And I had the feeling that I was the first choice for Dortmund. It is important to feel good when you go to a new club.

“So after the talks with Zorc, Favre and (CEO) Hans-Joachim Watzke, I decided to join BVB. Dortmund is a top club – and I really wanted to join a top European club.

“Maybe it was my last chance at 29 years old. It was the right decision.”

Witsel – now valued at £28 million on Transfermarkt – also claims he passed up the opportunity to join Real Madrid while Jose Mourinho was in charge at Santiago Bernabeu and he was still making his name at Benfica.

The Belgium international added: “I could have joined Real Madrid when Jose Mourinho was there. But then Real signed Luka Modric, so a transfer to Madrid made no sense to me. 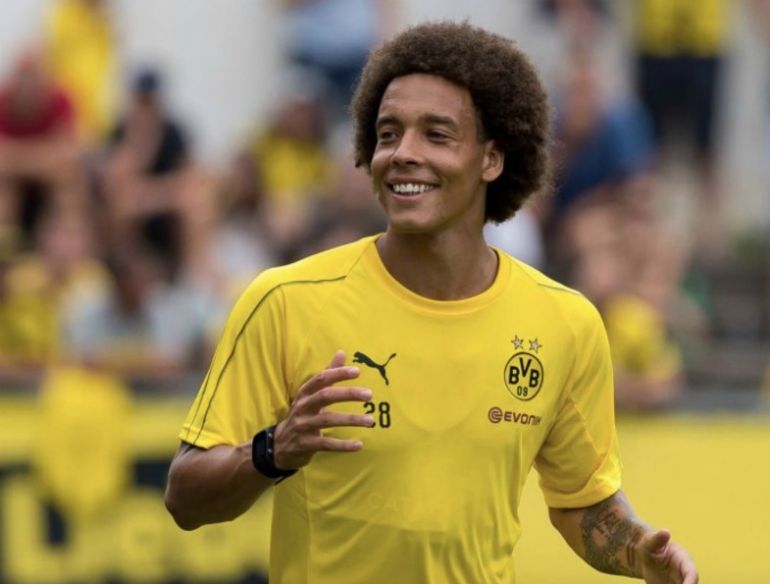 Witsel has been a standout performer for Dortmund

“Shortly before the end of the transfer period, Zenit called. I had good discussions with the people responsible and finally agreed. I am an open person and was not afraid of Russia.”

Witsel could have played under Mourinho for two different clubs had events turned out differently, but Madrid and United were not the only major European clubs who had an eye on him.

The veteran playmaker went on to confess that he came very close to joining Juventus while he was plying his trade in Russia, but ended up extending his contract at Zenit.

“My contract with Zenit expired and I wanted to move to Turin to Juventus,” Witsel said – as per Goal. “I had already passed the medical check and actually only had to sign the contract.

“I waited all day in the office and Zenit told me to come back. In retrospect, that was perhaps a twist of fate. Maybe it was just not the right time.”