Chelsea boss Frank Lampard wants Reece James to join up with the first-team squad when he returns from injury next month.

The 19-year-old is still recovering from ankle surgery at the moment, but he is expected to make a comeback before the international break.

There is a spot open in Chelsea’s senior team after Davide Zappacosta’s loan switch to Roma was completed on Wednesday – as per BBC Sport – which James has now been tipped to fill once back to full fitness.

According to The Sun, Lampard is planning to promote the English starlet into a more important role from September onwards, having been a keen admirer of the teenager for quite some time.

The report states that the new Chelsea boss tried to sign James on loan while he was in charge at Derby last season, but he ended up at Wigan Atheltic instead. 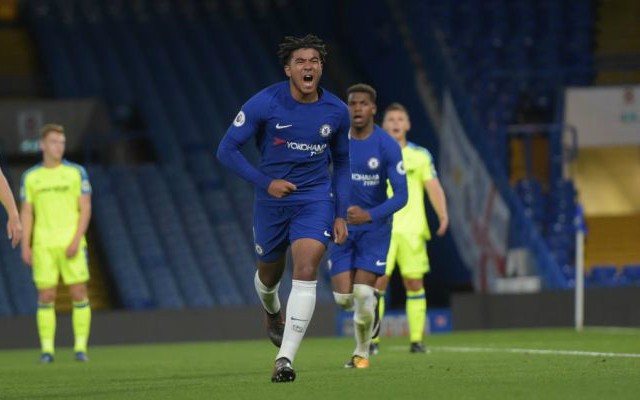 The full-back racked up 43 Championship appearances for the Latics in 2018-19, scoring three goals and laying on three assists, while proving he is capable of meeting the physical demands of English football.

James rose through the ranks at Stamford Bridge as a youth player before earning a first professional contract in 2018 and he could soon be handed the opportunity to take in his first senior appearance for the Blues.

Chelsea need all the help they can get this season, having been unable to bring in any new players in the summer window due to a transfer ban, which is set to run until the end of the campaign.

Lampard has already proved he is unafraid to give the younger members of his squad a chance to shine, with Mason Mount and Tammy Abraham among those to have seen plenty of minutes at the start of the new season.

James has the quality to bolster Chelsea’s defence as the team aims for another top-four finish, while also challenging for silverware on European and domestic fronts.