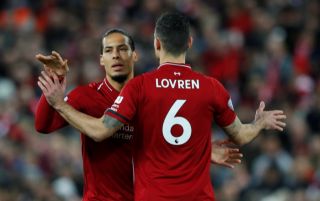 Liverpool defender Dejan Lovren continues to be linked with a potential transfer away from the club, though his exit is also in some doubt.

The Croatia international no longer looks to be first choice in Jurgen Klopp’s defence, so a move away from Anfield could make sense for him to ensure he plays more regularly.

Still, according to Bild, as translated by the Daily Mirror, Lovren’s excessive wage demands could cost him a transfer to Bayer Leverkusen as he seemingly refuses to budge on his request for a salary of £8.1million a year.

The report also notes that this saw Lovren’s potential move to Roma fall through this summer, so it may be that LFC will be stuck with the former Southampton man for a little while longer.

The 30-year-old has been with Liverpool for five years now, and has generally been a solid member of the Merseyside giants’ squad, even if he’s also had some unconvincing moments.

Klopp could probably do with Lovren sticking around as a backup, with Liverpool not exactly blessed with much depth at the back behind injury-prone players like Joel Matip and Joe Gomez.