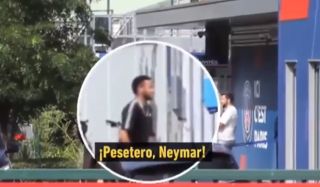 Neymar was seemingly labelled a ‘money grabber’ by a member of staff at Paris Saint-Germain as he continues to be linked with an exit from the club.

Watch below as a man shouts at Neymar from some distance, with Sport Bible claiming he works at PSG.

Neymar got into an argument with a member of staff at PSG, who then reportedly called him a ‘money grabber’ ?#Neymar #PSG #FCB #HalaMadrid pic.twitter.com/8p7hfVBuik

Neymar has not had the best of times in his two years at the Parc des Princes, and could be on his way out this summer.

L’Equipe have linked the Brazil international with Real Madrid, while Cadena Ser have reported of a failed bid from his old club Barcelona.

It certainly seems that Neymar’s time at PSG must be coming to an end as his relationship with the team sours.

Fans, as pictured below, have already turned on the 27-year-old and it’s hard to imagine him repairing this relationship if he does stay… 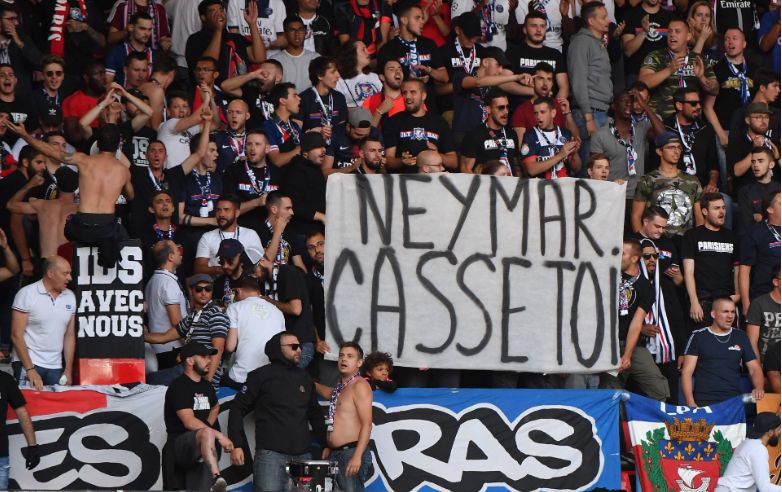