Former Manchester United star Ryan Giggs has urged referees to protect Daniel James after he was booked for diving against Wolves.

The Red Devils picked up a 1-1 draw at Molineux on Monday night, with Anthony Martial grabbing the only goal for the visitors in a fiercely contested Premier League fixture.

As per The Independent, £15 million summer signing James was handed his first start for United against Wolves and struggled to impose himself on the right-hand side against a physical opponent.

The 21-year-old was shown a yellow card for simulation in the first half, but Giggs is worried he will be targeted by defenders throughout the season because of his electrifying pace.

As per The Independent, Giggs spoke to the media after naming James in his latest Wales squad for an upcoming Euro 2020 qualifier against Azerbaijan, stating: “You’ve seen he gets kicked a lot.

“Sometimes when you anticipate it, it can look live a dive. The speed he’s going at it can look worse, but I’m not worried about that.

“He gets a lot of stick and referees need to protect him. 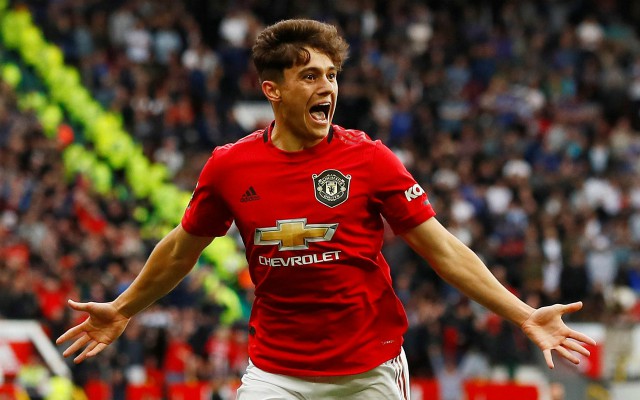 “I watched a lot of the pre-season games and he did well as he usually plays on the left.

“It gives me a different option as well if he’s playing his club football on the right. If I want to do that I can.”

James grabbed his first senior goal for the Red Devils on his home debut against Chelsea on August 11, helping Ole Gunnar Solskjaer’s side earn a 4-0 win on the opening weekend of the new season.

The former Swansea ace will be hoping he retains a spot in United’s starting line up for another clash at Old Trafford this Saturday, with Crystal Palace set to arrive in Manchester.

The Welsh winger has all the attributes to be a success at the Theatre of Dreams but he will have to adjust to the physical nature of the Premier League quickly in order to become a fixture in Solskjaer’s plans.